Rates: The fee for service is $250 for a 50 minute session. A double session is 90 minutes and the fee is $450. If you prefer longer or shorter units of time, we can arrange for different session lengths with the fees adjusted accordingly.

It is best to pay at the front desk when you arrive for your session as we may discuss challenging material and you may be more comfortable leaving directly when the session is over. Payment can be made with cash, AMEX/Discover/VISA/MC or a personal check.

Insurance: If you have insurance coverage, we will be glad to provide you with a receipt or statement satisfactory for filing an insurance claim at the end of each month. My office will be glad to assist you in learning how to determine the extent and limitations of your coverage. Therapy is a significant personal and financial commitment. Please do not hesitate to discuss financial matters with me.

If you have difficulty paying for therapy as outlined here, then you and I can discuss an alternative plan. If payment is neglected, I reserve the right to stop therapy until the balance is met. I would of course discuss such a termination in detail with you before it went into effect. If it is necessary to use collection procedures interest will be charged at the rate of 1 1/2% per month (18% annually) beginning 30 days after the charge is incurred.

Engaging in psychotherapy demands a lot of both of us. It is a financial commitment, a time commitment, and most of all a commitment to work together.

In my view, entering therapy is like making an investment in yourself. By dedicating yourself to the process, you will probably feel better and improve your ability to deal with the specific issues that brought you to therapy. You’re also likely to gain skills and resilience that you can draw upon when facing other challenges in your life now and in the future.

As one client said, I am not sure exactly when it happened but I am just so much happier with myself. Some people think of it as an investment in yourself, as you might invest in new furniture for your home or a new car. When it works well, it costs less and lasts longer.

Legal Matters: Some situations involve legal matters. If you are involved in a legal situation of any kind, you are expected to sign the retainer agreement at the beginning of therapy. This is for your protection and mine. See retainer agreement under forms if this applies to you.

Report Fees: Fees for report preparation includes a review of records and will be billable at $250 per hour and not included in testimony charges. Additional guidelines are detailed in our Therapy Policies and Procedures and in the retainer agreement

Although as a therapist I follow the guidelines of the APA that medication should be prescribed after 2 weeks in certain situations, more studies are finding that psychotherapy is a clinically–and economically–viable alternative to medication.

Over the long run psychotherapy is often more effective, and thus cheaper, for many conditions. Although psychotherapy requires more of an upfront investment it pays off by getting the job done and preventing relapses. By contrast, patients on medication often relapse once their medication stops and may require a lifetime of expensive pills. In a column in Drug Benefit Trends, Psychiatrist Jay M. Pomerantz, MD cites several studies from the ever-increasing literature on this topic to prove his point:

In another study, researchers randomly assigned 40 patients who had been successfully treated with medication for recurrent major depression to two groups: clinical management or cognitive-behavioral therapy. Over 20 weeks, antidepressants were tapered off and then discontinued in both groups. Two years later, only 25 percent of the patients who received cognitive-behavioral therapy had relapsed compared with 80 percent of the other group [Archives of General Psychiatry, 1998, Vol. 55(9), p. 816-820].

In a meta-analysis of studies published between 1974 and 1994, researchers compared controlled trials of cognitive-behavioral therapy and pharmacological treatment for patients with panic disorder. While both treatments worked in the short run, the results were more positive and longer lasting for cognitive-behavioral therapy (Clinical Psychology Review, 1995, Vol. 15, p. 819-844).

There are plenty of other studies with similar results, says psychologist Steven D. Hollon, PhD, of Vanderbilt University, citing the work of psychologists like David H. Barlow, PhD, on panic disorders and G. Terence Wilson, PhD, on bulimia. Hollon’s own research on depression has also found that people who receive focused psychotherapy stay better longer than people who just receive medication.

If the insurance industry would only listen to this research, says Hollon, the implications could be far-reaching.

“Just do the math,” he says, noting that pharmacotherapists may keep depressed patients on expensive antidepressants for the rest of their lives. “If you can get with four months of psychotherapy the same benefits you get from a year and a half to two years of continuous medication, you begin to break even after about a year’s time even though it’s more expensive upfront to provide psychotherapy. If the benefits extend over a half decade or decade, your savings really start piling up. But managed-care folks don’t think that way.”

They also don’t consider the troublesome side effects that often accompany medication use, says David O. Antonuccio, PhD, a professor of psychiatry at the University of Nevada School of Medicine and staff psychologist at the Veterans Administration Medical Center in Reno. Who, he asks, can put a price on a patient’s inability to have sex as a result of taking an antidepressant?

In a cost-effectiveness analysis of cognitive-behavioral therapy, Prozac and combination therapy, Antonuccio took into account other, often overlooked factors such as lost productivity, wages, taxes and community service during treatment (Behavior Therapy, 1997, Vol. 28, p. 187-210). He concluded that providing Prozac alone would cost an estimated 33 percent more than cognitive-behavioral therapy over a two-year period and that providing combination therapy would cost an estimated 23 percent more.

For Antonuccio and other psychologists, however, the issue is less about costs and more about underlying philosophies.

“Consider the analogy of giving a hungry man food or teaching him how to fish,” he says. “Psychotherapy, particularly problem-focused, skill-oriented treatment, is a way of teaching people skills they can use to prevent, reduce and delay depression and other problems.”
I like this analogy and feel it applies in my practice.

Adapted from information in an article by Rebecca A. Clay APA Monitor
Volume 31, No. 1, January 2000

The decision to begin therapy marks the beginning of a significant investment in one’s quality of life and relationships. Finding the right therapist is a highly personal decision, and you’ll want to find someone who feels like a good match.
Many people are hesitant to ask a doctor questions about their background or experience. Remember you are the consumer and any competent professional should welcome questions or concerns regarding their expertise or the therapy process. Most therapists offer initial consultations for a set fee. Use this time as an opportunity to find out about the therapist, talk about your goals and reasons for pursuing therapy, and ask for their assessment of your situation and how they might help you. Through this process, you’ll decide whether this therapist is someone with whom you feel comfortable and confident.

Questions for a potential therapist or office manager.

What to look for in a Couples Therapist

Many people are unsure what to expect of a competent couples therapist. Here are some qualities and actions that researchers have found to promote effective marital therapy.

Adapted from William J. Doherty, Take Back Your Marriage: Sticking Together in a World That Pulls Us Apart. New York: Guilford Press, 2001 and Judith Anderson Ph.D

When people have a need for therapy, they often gain so much financial benefit that therapy becomes a wise use of their time and money.

Many research studies show that therapy can reduce future medical expenses. Because so many long-term health care expenses are a result of stress or untreated mental health conditions, proper mental health treatment greatly lowers the overall cost of health care. In fact, this “medical cost offset” is so large that when medical costs are measured over a period of three to five years after treatment, psychotherapy lowers overall health care costs so much that it would more than pay for the cost of the therapy.

Therapy can also improve a person’s performance on the job. Employers are becoming increasingly aware that mental health problems can increase the number of sick days, interfere with the quality of an employee’s work, and decrease an employee’s productivity. The financial benefits of treatment are so great that many employers have hired employee assistance programs to provide short-term therapy and identify employees who can benefit from longer-term therapy.

Executives and some other people are now using a form of psychotherapy – coaching – to improve their effectiveness and performance. Moreover, psychotherapy helps many individuals succeed in gaining promotions or become ready to change to a better job.

Problems with relationships and family issues can be very expensive. There are enormous costs that can result from divorce, child adjustment problems, or other relationship problems. Individual and family therapy can go a long way in averting these costs.

So how should you decide if therapy is a wise use of your money? Of course, individuals are different and need to decide this for themselves by making some educated guesses. To figure this out for yourself, try to estimate the total cost of your therapy and compare it to the long-term benefits. You can ask your therapist to help by estimating how long it might take to accomplish the kind of changes that you hope to make in therapy. Use this information to estimate the cost of therapy.

To estimate the financial benefits, consider the changes that you are making in stress levels that may affect your long-term health care costs. Look at whether the therapy is helping you be a more productive employee or enabling you to earn more money through promotions or by changing jobs. Look at the relationship and family problems that you are working on in therapy and evaluate if the therapy is likely to avert expensive problems in the future.

When you estimate the cost/benefit ratio, remember your personal improvements may yield financial benefits over many years to come, and the therapy costs are usually spent up front. If you are like most people, as long as there is a need for treatment, you will find that the potential financial benefits probably justify the investment in psychotherapy even when insurance does not pay for the treatment. In addition, think about the possible intangible improvements in your quality of life that cannot be measured financially.

Ivan J. Miller is Co-Chair of the Interdivisional (39/42) Task Force on Managed Care and Health Care Policy, which believes that promoting psychology calls for more public education about the benefits of psychological services. This article was previously published in the APA Divion 42 Independent Practitioner Fall 2005.

Dr. Lindquist is a Board Certified and licensed Clinical Psychologist specializing in high conflict couples and trauma therapy for individuals. She is a Master Coach in the Bridge Coaching Institute. Her private practice has been in Laguna Beach for more than 30 years where she is part of a group of independent practitioners....
Learn More 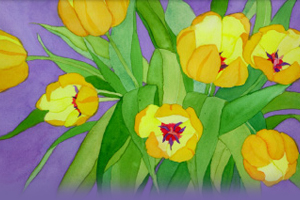 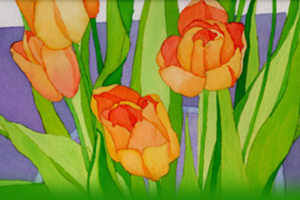 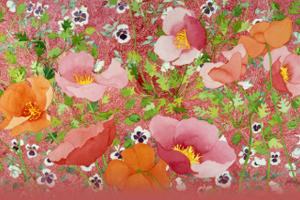